The sun has set on us and has left me feeling full and content with our last night in Germany. You have been so flexible on this trip, dealing with schedule and other changes with grace and adventure. I'm grateful for that because sometimes in those situations, my heart rate can match your double bass speed and we all know just how fast you can thump those feet. I also become quite frantic and either supremely smart and on my feet or stupendously irritated and rude. It's a touch tricky to strike a balance, but man, when you ask me to take a deep breath ("saans le"), it works like magic. Most times! ; )

Breathing. Being present. Experiencing each moment, not preventing it. These have been key to my days so far. Thank you for those reminders to use my lungs for what they evolved to be.

Today was intense. And amazing. All at once. And separately.

When we decided to travel to Germany, both you and I were sure we wanted to see Dachau. However, it was not until we were about 2 minutes away from the entrance of the camp that you inquired gravely, while I was blissful in Doggie Cuddle Land, "Are you mentally ready for this?" And even though you didn't, in my head, I heard you say this in a thick German accent. "Are jou mentaalee rreadee für dis?"

As we pulled into the camp, I imagined what it must've felt like to be brought here as a prisoner during those horrifying years. I stood for a long time at the railway tracks that were uncovered only in 2004, which brought prisoners to camp. I can't imagine the hopelessness that so many thousands must've exhaled. 41,500 people died there. That's the size of a small city in Northern Colorado we know so well. Just wiped out. Those people are all gone. And somehow their stories, their märchen, live on to haunt us, terrify us, and remind us what we humans are capable of.

As you and I walked through, we kept asking each other a version of the same thought: how can humans do this to one another? How're we capable of this? We heard the words of one of the liberators on the audiotour say he felt like this was not earth. That this cruelty couldn't, didn't, belong us and that there was a disconnect. I felt like that the whole time we were there. That we were in some terrible dystopic anachronistic world reading about some fictional character's fictionalized and deranged torture fantasies. But we were not. And I understand why we were surrounded by foreign tourists, not Germans, and why this terrible place had been memorialized. Us humans are cursed with a terrible long-term memory. Lest we forget...

I remember the moment we stepped into the main camp grounds. I was wholly struck by the enormity of the place. I had no previous guesses about its size, and was completely blown away. So big. So so big. And it was one of hundreds of camps setup from 1933 - 1945. One of hundreds. When we sneakily caught a tinker of a fact from a tour guide today, I had to hold my stomach when he shared that 500 people could be shoved into a single gas chamber in Auschwitz, and they had 17 gas chambers. Mass production of death. Dachau seemed puny in its comparison. The guide also told his group another sickening statistic that the average survival time for a prisoner from their time of arrival to dying was 1 day. 1 day! These numbers are whirling through my mind like a bad nightmare. This sounds like a horror film. Not something that happened to sentient beings in the ground we walked on today.

Another moment, among numerous, that will haunt me, was walking through the crematorium. You walked into this peaceful foresty area thinking you are going to get a shower, and then either put in a room with toxic fumes and then burnt in a coal furnace or hung right before the furnace and then burnt. I will never see a coal furnace or hooks from ceilings the same again.

Did you read that sign that informed us that at one point they didn't have enough coal, so they just buried bodies in heaps? What has to happen to a human to do this to another human? Yes, I realize how complicated all this is and how it needs to be problematized to be analyzed. But really, at the heart of it - it's pretty simple. This was a terrible horrible cruel unimaginable place where regular humans did terrible horrible cruel unimaginable things to other regular humans. And it shouldn't have happened.

It was also sad to learn that the original memorial created at Dachau only had certain colored triangles in a sculpture. These colors represented only certain groups who were persecuted during the Holocaust - religious and political groups. It excluded thousands persecuted, tortured, and murdered for their creativity, science, sexual orientation, gender, ability, and more. This was beyond racism. This was inhumanism.

I will also remember the photos of the prisoners and the picture of residents of Dachau being shown the crematorium after liberation. It's a grainy grayscale print, but the looks of revulsion, gasps, and mortification are unmistakable.

Yet, we see human cruelty again and again. Sandra Bland died. Boko Haram happened. Somehow ISIL continues to exist. And these are just from the past three weeks of news browsing...

This is not all we're capable of though.

We spent time with our wonderful family again I was so at peace with Lily resting on me as we drove through beautiful Bavaria. We got to meet my cousin Kai and his girlfriend too! And enjoyed a finger-licking Indian meal with them before saying Auf Wiedersehen to Germany and hello to the moon.

May some stories never be forgotten. And some forever told.

I love you to the moon,
And back,
Suparna 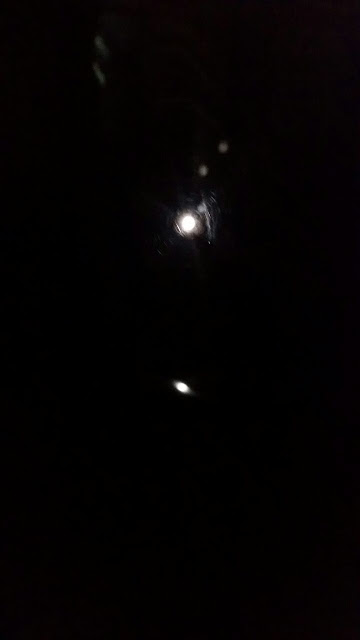 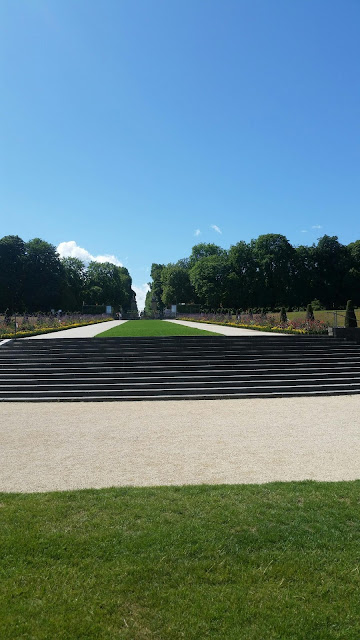