A French sense of humor

I think I've fallen in love with Paris. Maybe it's all of the biases I'm bringing with me, but the city feels in every way as romantic and amazing as I could have imagined. And, the people have mostly been wonderful. Although I have been told by so many people to expect poor treatment, the opposite couldn't be more true. Of all the places we've visited, I think people here have been the warmest and the most welcoming. I just loved how happy the waiter was tonight when you tried to ask for more water in French. And I just love the fact that you asked Google translate to help you how to do that. It's just those little things that make you such a special person.

I want to remember two things that happened today (amongst many others). In the morning we rented bikes from the Velib system. This is pretty much fantastic. For only 8 euro, we can rent out unlimited bikes for an entire week, and as long as we drop them off within 30 minutes there is no charge. Given that these stations are pretty much everywhere, this is not difficult to do at all.

I tried navigating us with Google maps, which was probably a mistake. I took us on a very busy road with traffic which was both stupid and dangerous. Fortunately we both made it out all right. At one point I did some pretty crazy maneuvers that brought us in close quarters with a large bus. After a bit of our riding, at the stop the man driving the bus looked at both of us, imitated riding a bike back and forth in a very wobbly fashion (like someone might ride during tour de fat), and then motioned like a gun to his head as if he was killing himself. The sentiment was clear. He was asking us if we were crazy, and if we had a death wish or something. But I don't think he was upset, just amused. Given that we both were okay, I think it turned out to be quite funny. But lesson learned, I will never again take us to such busy streets.

The second instance happened when we were stopping for our "lunch break" in the middle of the day. Basically, we had been walking for hours with "toilettes" nowhere in sight, and really needed to find a place to pee. What that means is it was time to drink coffee, have a snack, and use the bathroom as much as we could before going. As soon as we sat down at the fancy place we found next to Musee d'Orsay, you asked the waiter if they had toilettes. With a very serious face he responded "no." The same thought went through both of our heads - let's get the hell out of here as fast as we can and find another place. After our hopes sank for a few moments, he laughed, and said of course we do, and pointed you into the right direction.

It may not be the same humor we're all used to, but I love it. Thanks Paris for an amazing day. And thanks Suparna, for doing it with me. 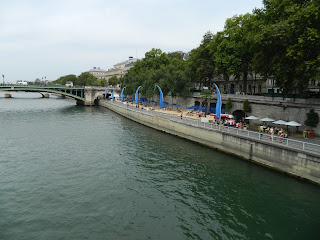 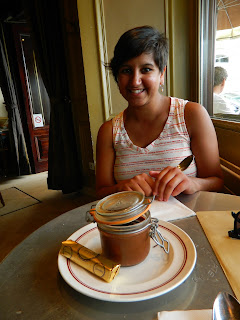 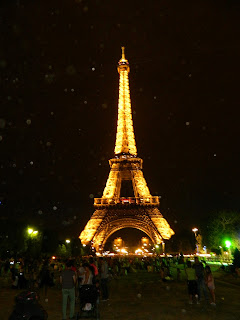