Europe - Not so good

Today was the last full day of our trip. I was wondering when to write about the "not so good things," and I guess today is very fitting. We were supposed to go snorkeling in Silfra - an amazing place where you can go in waters that are just above freezing and actually touch two different continental plates. Given how much I love water, this was one of the things I was most excited about for our entire trip. Well, given the terrible weather we have been having in Reykjavik, we got a call about 45 minutes before our departure that the trip was canceled due to rain. Devastating.

I suppose that pretty much sums up the day from there. We ended up visiting the Icelandic phallological museum as a consolation...which was quite a creepy and odd place. And we tried to visit Laugardalslaug, a hot springs in Reykjavik mostly frequented by locals. Well, I tried to use the straeto bus app that the transportation department here has created, but it's pretty awful. It reported that there were really no buses from the city center of any use, so we started walking. Walking 2 miles in the cold rain is awful. So we jumped on a bus and asked the driver if he could get us to the place we were going. He said yes, took us two stops further (actually away from the springs), and then dropped us off. Useless! We ended up walking the rest of the way.

The springs themselves were a cultural experience. I had read in many places that Icelanders are very strict about people showering before using the pools, to the point where everyone must publicly shower with soap and water, and make sure they aren't wearing their swimsuits (because they should not get dirty). This wasn't a big deal. The odd thing, though, is that there were two men in the locker room policing this process, and not so politely scolding people who weren't doing things the right way. After I got finished with this I had to go back to get the towel for you. Well, at this point I was wet, and the same wonderful men prohibited me from going back to the locker room to get the towel. Instead, I had to use the "swimsuit drying machine" to dry off my suit, and then use it to wipe myself like a towel. I had to do this three times to dry off to the guard's satisfaction. Frustrating, and I guess it would be humiliating if I really cared, but I didn't. I'll never see these people again. At least I got the towel for you. After all this hooplah, the springs themselves were pretty great. Going in a hot spring that was 44C was pretty amazing when the outside temperature was 6C with frigid rain.

Well, overall the day was a bust, and it was our last day, but we tried to make something decent out of it. The blog post I was saving for today was the "not so good," so I guess they dovetail nicely. I'll be sure to leave on a more positive note tomorrow for my last post.

The "Not So Good"

The good definitely outweighs the bad, but here are some things that were hard or annoying during our trip. I'm turning my rant mode on, and there may be some hyperbole, but I want to capture this. (Take it all with a grain of salt - I really loved Europe.) The vast majority of these relate to the basic needs of food, water, and getting rid of that food and water. :-)
Hard to get water: This was definitely the most difficult thing during the entire trip. Even though all of the countries we went to had clean tap water, it was so hard to get water. In The Netherlands, people in restaurants acted like giving you free tap water was doing you the biggest favor in the entire world. After you begged them just to get a bit of water, they would bring you a tiny shotglass of water, and you would have to wait 30 minutes more to get a refill. The worst was when we were at a bar with a 2 for 1 burger deal, and we were told that if we wanted tap water we couldn't have the 2 for 1 deal. Really??? The Netherlands was bad about this, but Barcelona was even worse. Places would simply refuse to give you water, saying "sorry, but our water is not so nice." Seeing as I drank it at home every day, I know it's just fine. This is pretty much unforgivable.

The expectation you will buy a drink: Related to number one above, every single restaurant expects that everyone will buy a drink. This wasn't so bad for German beers, but when every drink costs 5-6 euros minimum, this adds up a lot. You are right when you say the customer should be able to have things their way, and I guess I need to just get over myself and piss people off. I drank more beers, wines, and sodas in Europe than I probably did in the last 6 months. Many of them were great, but overall, it was just too much. I really really like water, and I have missed my dear friend.

Waiters acting like they are doing you a favor: One of the things that was most surprising to me was that at many shops and restaurants the wait staff seemed genuinely annoyed that you were there. Isn't a customer a good thing? We pay money, right? :-) This seemed to happen more on the first half of our trip than the second half. This was coupled with waiting service generally being much slower than in the USA. This relates to taking your order, bringing your food, or giving you the check. Just slower in general.

Vegetarian food lags way behind the USA: While we were able to find some hidden gems (like that super awesome fake tuna), in general the availability and quality of vegetarian food was much less than in the USA. For instance, it seems like Norway hasn't yet discovered tofu, or has just shunned it altogether.

Things not saying when they are closed: It's amazing that people have as many holidays as they do; it's really great. The only sad thing is when a restaurant is closed for an entire month but they don't post it anywhere on their website. Maybe insiders just know that it's the time when they close? Either way, it was a mystery to us, and there were a few things we were very sad to miss.

Paying to pee: The corollary to how difficult it was to get water was how difficult it often was to find a bathroom. And then when you finally do one, it charges money. The cost is never a lot, but the principle of paying money just to pee is really obnoxious. I think the Indian response (peeing on the walls of the buildings) is probably appropriate here.

Sharing a bathroom: I guess this was the result of my trying to save money, but the times when we had to do this it was not so fun (walking down the hall in the middle of the night just isn't great). I know it was not so good for you either. Sorry. :-(

Drunk people in public: We had a few encounters with very drunk people out in public (like on our Fjord cruise, and on our flight from Munich to Manchester). I suppose these types of "bros" are hanging around in the USA too though.

People smoking everywhere: I was surprised by how common smoking is, pretty much in all countries we went to. As someone who is very sensitive to smoke, this was definitely not welcome.

Planes not connected to the airport: This didn't really matter too much, but it was interesting that planes almost always required you to walk out on the runway and/or take a bus to get to your plane. I like the US system of staying indoors, in climate controlled conditions. :-)

Hot places and no AC: This goes for a number of the rooms we stayed in - pretty hot but there as no AC; only a fan if we were lucky. In Barcelona it was super hot, but unfortunately most places (like the airport too!) didn't really seem to be air conditioned. This resulted in us standing under lots of fans/vents in the ceilings and in us standing next to refrigeration areas in stores. I guess it's the Indian way - jugaar!

People cutting in line: In most places people didn't respect the queue, so you had to learn to push forward or people would just cut in front of you.

Not having a consistent space: It's been so amazing seeing all of these new people, places, and things, but it also makes you miss the normalcy of home and routine.

Missing friends and family: Related to the last one, we missed all of you guys a lot!

Well, that's all for my hyperbole I suppose. It's been real. 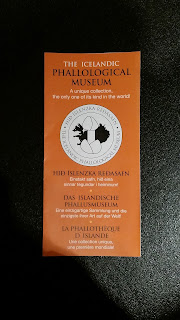