Turn the Stove Off!

It's been a rainy day here in the valley. The sound of rain, as you know, is one of my favorites, and now it makes me sleepy too  (you know why, right? ;) Waking up to the sound of rain is so comforting. Drinking chai on the terrace and watching drops fall gently all around me is remarkably calming. There's not much else in terms of ambient sound. Hardly any traffic on the road - how could there be?

Nepali politicians elected their 2nd president ever and it's a woman. Their new speaker is also a woman. Quite the achievement! At the same time, my understanding is that the country is slowly waddling to the brink of protests. Right now there's no fuel (think beyond automobile/transport - cooking gas, production gas, electricity, and more). Staples like sugar, lentils, rice, salt prices are beyond reach. My guess is as soon as a critical mass feel the food shortage and inaccessibility, there'll be trouble on the streets. Nepal signed an oil deal with China, ending India's 4 decade old monopoly over the industry and China has offered 1.2 million liters on grant to Nepal to start with. But then what? And for how long? I think back to when two of my students debated about fossil fuels and if we could go a day without burning them. I'm watching as a nation looks about ready to implode without access to fossil fuels.

But my students had strength to see the unerasable footprint we are smudging our earth with. Somewhere over the South China Sea, I found words to describe my unease about the times we live in and our impact on our planet. We don't borrow from and make transactions with each other/corporations/nations, we only take from the Earth. We drill, deplete, destroy, deforest, deploy, and depend heavily - in our unidirectional abusive relationship with the earth.

And then when that's not enough, we turn against each other. India says there's no embargo. Embargo or not, official or unofficial. We're feeling it here in Nepal. Not as Nepalis, Indians, upper class, Americans, Hindus, whatever. As humans - we're feeling it. My privilege shelters me. But the shortage is too pervasive to not see and be touched by. This situation is a pot of milk - boiling, bubbling, working out its convection process, heating, but waiting with a nylon string of patience for someone to come and turn the damn stove off. Or else boiling over and spilling out irreversably from the pot are inevitable consequences. It's just a matter of time mixed with an unattended pot. 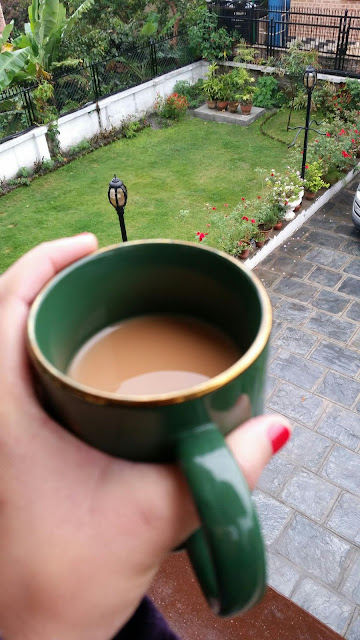 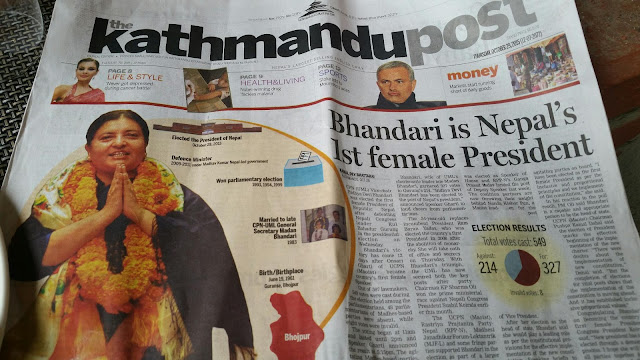 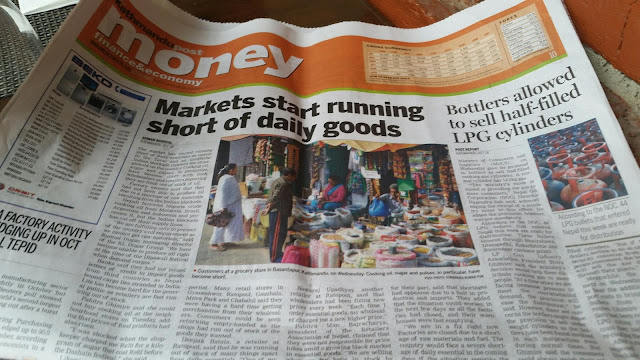